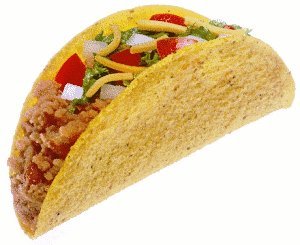 Corn is a great grain in moderation, when it has been properly treated. Indigenous Americans since ancient times have routinely converted corn into hominy which is also called nixtamal.

This can be done in a few ways, but basically it needs to be soaked and then boiled in a mildly alkaline solution (between pH9-12), and then rinsed very well. In the past, this was done with lye, ashes, or lime, but for the modern kitchen, baking soda will do the job.

How to convert your corn depends on how it is treated. Hominy is usually made using whole dried corn kernels of the same kind that you would use to make popcorn. I’ve found that this works best for the old fashioned hominy made with lye, ash, or lime. If you’re using baking soda though, the hulls and bran may form into “boogers” rather than just rubbing off easily between your hands.

So for home corn conversion using baking soda, I found that it’s best and a lot less messy to use food grade cracked corn. This is not the same stuff as the feed grade cracked corn such as is used in bird feeders. The cracked corn sold for human consumption has had the hull and germ removed already. Soda boiled hominy tastes slightly different from the lye or ash boiled version, but it is just as good. I like the soda version better because it doesn’t bleach the yellow out of the corn, and it has a fresher aftertaste.

Simply soak the corn overnight, and then rinse it and change the water. Then replace the water, and add a tablespoon of baking soda (sodium bicarbonate) per quart or so of water. Bring this to a rolling boil, and then turn the heat down so that it low-boils until it’s al-dente. Then off the heat and let it set until the water is cold.

After the water is completely cold, it’ll likely have a “skin” on top of it. Scrape this off with a strainer spoon, as it is just the leftover hulls and germ. Then rinse the hominy very well, and discard any leftover hulls that float around. After this, let it soak for an hour or so in clear water, and rinse it again.

The reason it takes so little time (boiling usually takes an hour or two) is because the skin has already been removed. So 2/3 the work the water had to do of dissolving the hull is already done.

If you couldn’t find cracked corn, you can do this with cornmeal. In fact, converting the corn is a crucial and yet largely forgotten step in making the neo traditional Romanian porridge known as mamaliga. Rinse the cornmeal after the soaking, and after the initial boiling carefully as you would rice. A second soak isn’t necessary for cornmeal.

You will know your cornmeal has converted because it will start to turn sticky. You want to stop boiling and rinse in cold water just when it turns or else you will end up with a very soda tasting porridge instead of cornmeal that is ready for porridge.

Cracked corn hominy can be drained and frozen, or dried in a food dehydrator. I prefer to freeze mine in small containers so that I can use it in stews or to make mush for tortillas. Once you try it, you’ll wonder why you ever ate untreated corn aside of corn on the cob.

For a longer but still safer than lye version of baking soda nixtamal, you can try Irv Kanode’s method.