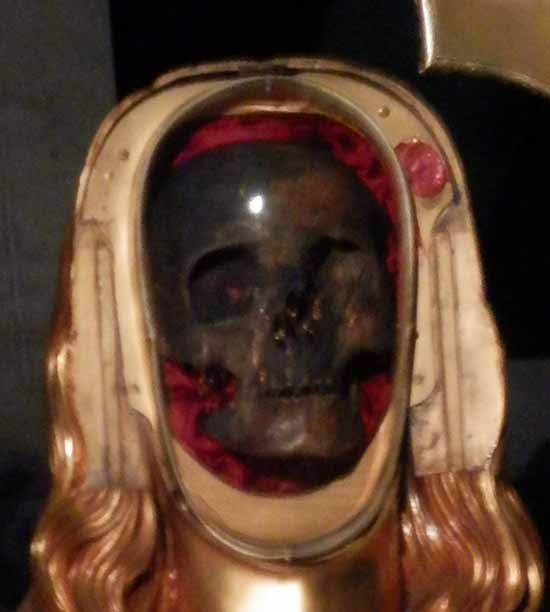 The skull of Mary Magdalene rests most of the year in the crypt of the Basilique Sainte Marie Madeleine, a massive Gothic basilica whose construction began in 1295 under Charles II of Anjou, King of Naples, Count of Provence and nephew of St. Louis (King of France). It was on this ground, that Mary Magdalene’s body was buried by her good friend Maximin (1st bishop of Aix), and later hidden for centuries only to be re-discovered on December 10, 1279 during excavations ordered by Charles II himself.