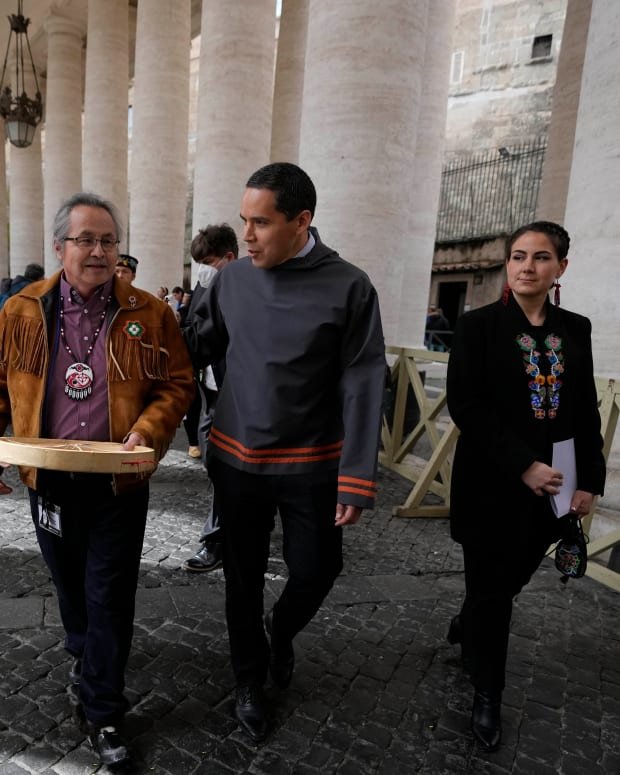 As the world’s attention is focused on Pope Francis’ visit to Canada to apologize for abuses Indigenous peoples suffered at the hands of Catholic missionaries in residential schools, Indigenous groups are calling for the Vatican to return tens of thousands of Indigenous artifacts and art held by the museums.The Vatican’s Anima Mundi Ethnological Museum houses feathered headdresses, carved walrus tusks, masks and embroidered animal skins all described as gifts given by Indigenous peoples to Pope Pius XI, who served from 1922-1939. Museum curators claim that most of the items were sent to Rome by Catholic missionaries for a 1925 exhibition in the Vatican gardens.