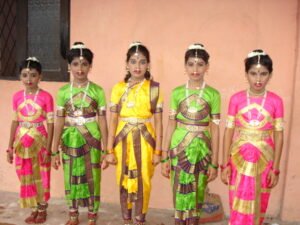 Originally, Sri Lankan people generally went topless, or only draped part of their clothing over their chests and shoulders when needed. Later, with the arrival of the Portuguese, widespread European colonist Christian ideology gave people the idea that the sight of women’s breasts was sinful. So much of what is “traditionally” worn in Sri Lanka today has little to do with indigenous Sri Lankan tradition.

Hetta
As best as I can understand from the few photos and little information there is on the internet, a hetta is a short sleeved shirt that is fitted and waist length.  They may or may not have buttons down the front, but unlike the choli, they all have a closed back.

Cheeththa
The cheeththa, as far as I can tell, is a long ankle length skirt.  I do not yet know how it is made, whether as a skirt or as a wrap, or as a wrap tucked into a belt.

Osari
A type of sari

A lamsari appears to be a two piece dress with long ruffles at the shoulders and waist.

Traditional clothing for Sri Lankan men is amude or sarong.

See these pages for more information and photos:

The Garb of Innocence – An essay on the foreign influence on Sri Lankan style.